The project was a competition and the brief was to design a multi-speciality hospital that would be iconic in the city of Aurangabad. The client had listed out their requirements so we directly began with space programming and concept design. The idea was to create a modular facility that would grow as the work load grew and used natural light and ventilation to optimise on the cost. Vertical solar panels were planned on the dead areas to generate solar energy for the project.

We use cookies from third party services for marketing activities and to offer you a better experience. Some of these are required for the proper operation of this website, by continuing to browse the site you are agreeing to our use of cookies. Privacy Policy 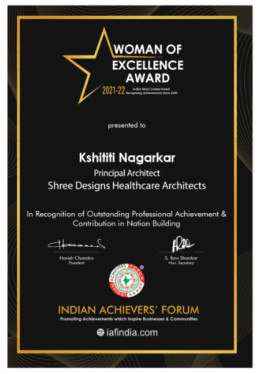